A briefly presentation of the FIFA World Cup 2018

In the previous post, I have tried to speak a little bit about the major football events that you may enjoy in 2017 and 2018. In this new post, I will try to give more details about the most important and attractive football event which will take place in 2018, namely the FIFA World Cup 2018.

The host country for this major football event will be Russia and the start will be on 14th of June 2018, while the final match will be on 15th of July 2015. This major football competition will take place during 32 days, in 11 cities and 12 stadiums. In this tournament will be 8 groups, each one having 4 national teams. The first two teams from each group will go into the next round.

Which teams will be present at the FIFA World Cup 2018? 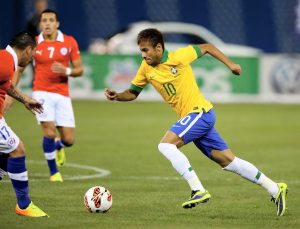 Despite the fact that the qualifiers for the FIFA World Cup 2018 are ongoing, there are many teams that are favorites to qualify for this major football event and of course, to win the title. According to the actual situation in the qualifiers stage, there are many teams that seem to be close to take part to the World Cup 2018, teams such as Argentina, Brazil, Mexico, France, England, USA, Germany, Poland, Spain, Belgium, Australia, Iran, Italy, Ghana and many others.
If the previous prediction was focused on those teams that are favorites to qualify for the World Cup 2018, there is another prediction of The Top Tens, which is trying to predict the biggest favorite teams that may win this major competition in 2018. On the 1st place is Argentina, followed by Germany and Brazil. In the 4th place is France and on the 5th place is Netherlands.

Why these teams are favorites to win the FIFA World Cup 2018? 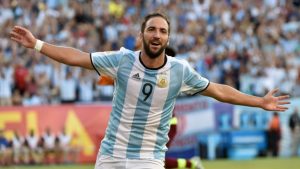 The most important reason is represented by the high qualities of the players that are part of the teams that were mentioned above. If we speak about Argentina, we speak about players such as Messi, Higuain, Aguero, Zabaleta and Romero. Team of Germany has players like Mueller, Neuer, Khedira, Howedes and Alaba, while for the team of Brazil may play Neymar,Douglas Costa, Willian or Thiago Silva. Another reason for which these teams are most likely to win is represented by their tradition and history in winning major football tournaments. Argentina has won in 1978 and 1986; Germany has won in 1954, 1974, 1990 and 2014, while Brazil has won in 1958, 1962, 1970, 1994 and 2002.
Of course, these are just some predictions based on history and squads. It is always possible to have a surprise winner in the FIFA World Cup 2018.